The SAVE project scientific output has been disseminated into SISMES Congress (Italian Society of Exercise and Sport Science).

Specifically, a poster about a descriptive review about moral issues in youth and their influence on aggressive behaviour has been presented to a  jury made up of sport science experts on Saturday, the 28th Semptember.
At the beginning, the purpose and the structure of SAVE project was explained, presenting also the partners involved in the project.
Then, the papers about influence of moral development on children aggression behaviour in sports was discussed, together with other similar mechanisms that intervene in the situation.
Afterwards, the role of moral atmosphere on adolescents' aggression and cheating behaviour was analyzed, highlighting the crucial role of the coach.
Finally, some recommendations for coaches were spread. 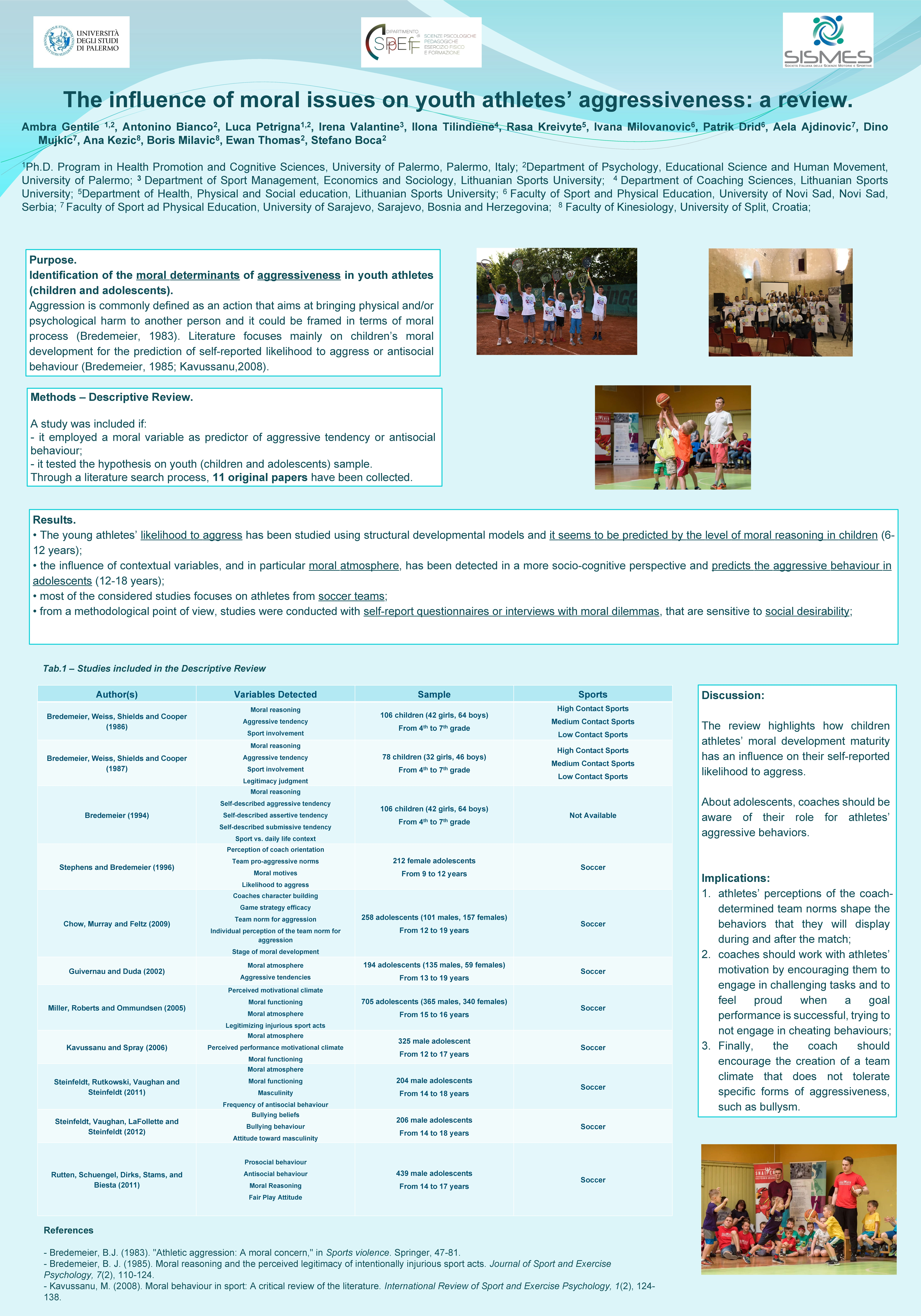